Trash heaps line the potholed streets of Edenville in central South Africa, where residents complain that municipal services have ground to a near halt, crime is rampant and jobs are scarce.

It’s a familiar story in scores of other rural towns driven to a state of near collapse by years of mismanagement, graft and declining revenue as companies gravitate toward cities with better services and transportation links. The meltdown has put the nation’s finances at risk, as the National Treasury faces increasing demands to bail out broke councils. 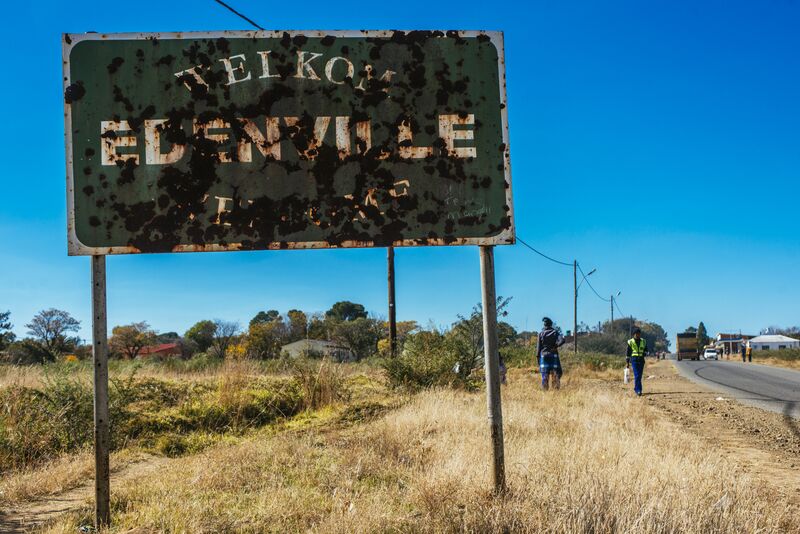 It can take weeks for the Edenville municipality to unblock sewage pipes or collect the garbage, and the local economy has ground to a near halt, according to Miriam Matsuso, who lives in the town of about 6,200 people in the Free State province, about 180 kilometers (113 miles) south of Johannesburg.

“Sometimes it does feel as though we as the people living in small towns are forgotten by the government,” Matsuso, 70, who supports her unemployed daughter and two grandchildren on her monthly state pension of 1,695 rand ($128), said outside a grocery store. “Our children have to move to bigger towns just to try and look for jobs.”

More than 60 percent of the 257 municipalities are categorized as dysfunctional or almost dysfunctional, according to the Co-operative Governance Ministry. The parlous state of their finances was laid bare last month in an Auditor-General’s report, which showed just 33 got clean audits in the year through March last year and spending that contravened regulations surged 75 percent to a record 28.4 billion rand ($2.2 billion).

“Across the country, smaller municipalities are under significant pressure,” Kevin Allan, the managing director of Johannesburg-based Municipal IQ, which monitors local government, said by phone. “It is difficult to sustain a local economy where there isn’t a lot going on.”

Dalene van Stryp, who’s lived in Edenville for 26 years, has seen her own fortunes decline along with the town’s. While customers used to line up outside the door of her butchery, she’s now down to a few clients a day, and her once-full shelves are sparsely stocked.

“A lot of people are leaving to seek a better life,” she said. “The facilities haven’t been maintained in years, the roads are still mainly gravel roads, and I cannot tell you how many times in a week I call the municipality asking for the streets to be cleaned or any other services that we need, and there’s no response.”

The decay is equally evident in Jagersfontein, about 500 kilometers southeast of Johannesburg, where many buildings have been abandoned and stripped of their windows and doors and the disintegrating roads are strewn with trash. The town hasn’t had running water since November, according to Nthabeleng Olyn, an attendant at the only gas station.

“It’s almost as though small towns like this one don’t matter or even exist in South Africa because no matter how many times the communities protest or complain to the municipality, there’s no change or development,” 32-year-old Olyn said. “This town is basically dead.”

Fixing the municipalities will require more active intervention by provincial authorities, and the government and ruling African National Congress to ensure officials are held accountable, according to Municipal IQ’s Allan.

The government has set up teams to ensure municipalities put proper governance structures in place, fill their vacancies, do proper budgeting, collect revenue that is owed to them and spend their infrastructure budgets, according to Co-operative Governance Minister Zweli Mkhize.

“Right now we think there is enough political will to actually get the matters resolved,” he said in Cape Town on Thursday.

Matsuso, the Edenville grandmother, isn’t optimistic that will happen.