Central Africa Republic former President Francois Bozize has said that he ‘accepts’ election bar. His country’s top court a fortnight ago rejected his candidature in forthcoming elections because he is being sought for alleged murder and torture and is under UN sanctions.

The ruling was handed down by the Constitutional Court, which also rejected three other candidacies for the December 27 vote.

Bozize, whose overthrow in 2013 marked the start of CAR’s descent into conflict, has been seen as the only major rival to incumbent Faustin-Archange Touadera.

In its ruling, the court said it would not accept Bozize’s candidacy, “given that the candidate is the target of an international arrest warrant” filed by the CAR in 2014 “for murder, arbitrary arrest, sequestration, arbitrary detention and torture.”

It also noted UN measures against Bozize, which meant that he failed to meet “criteria of sound morality in the electoral code.”

The United Nations placed Bozize on its sanctions list in 2014, freezing any assets he held abroad and banning him from travel, on the grounds that while in exile he had been supporting militia groups guilty of “war crimes and crimes against humanity.”

The CAR, landlocked and impoverished, is one of the most volatile countries in Africa.

Rival French and Russian disinformation campaigns have sought to deceive and influence Internet users in the Central African Republic ahead of an election later this month, Facebook said on Tuesday.

Facebook said it was the first time it had seen foreign influence operations directly engage on its platforms, with fake accounts denouncing each other as “fake news”.

The company said it had suspended three networks totalling almost 500 accounts and pages for so-called “coordinated inauthentic behaviour”. One network was linked to “individuals associated with French military,” it said, while the other two had connections to “individuals associated with past activity by the Russian Internet Research Agency” as well as Russian businessman Evgeny Prigozhin.

“You can’t fight fire with fire. We have these two efforts from different sides of these issues using the same tactics and techniques, and they end up looking sort of the same,” said Nathaniel Gleicher, Facebook’s head of cybersecurity policy.

France and Russia are both keen to assert influence in Africa. Paris has ties with many French-speaking African countries, which it sees as vital to preventing the spread of violent Islamisation, and Moscow is jockeying for position in a lucrative market.

Facebook said the two campaigns largely focused on the Central African Republic (CAR), which votes on Dec. 27, but also targeted users in 13 other African countries including Algeria, Cameroon, Libya and Sudan.

The subsequent Russian operation attempted to promote Russian business and diplomatic interests, as well as the candidacy of President Faustin-Archange Touadera in the election, he said. Later, the Russian accounts tried to out the French accounts that were trying to out them.

But neither side built a significant audience in CAR, he added. “They looked like two troll teams arm wrestling, with nobody else really paying attention.”

Landlocked Chad and the Central African Republic have dispatched senior customs officials to Cameroon to look into allegations of corruption in the Atlantic Coast port of Douala.

At the port, heavy equipment is excavating and relocating huge quantities of abandoned material at the Douala seaport.

Some of the containers, with vehicles and other goods destined for Cameroon, Chad and CAR, were abandoned by importers who complain that high levels of corruption, red tape and overpriced services are driving them away from one of Africa’s largest harbors. 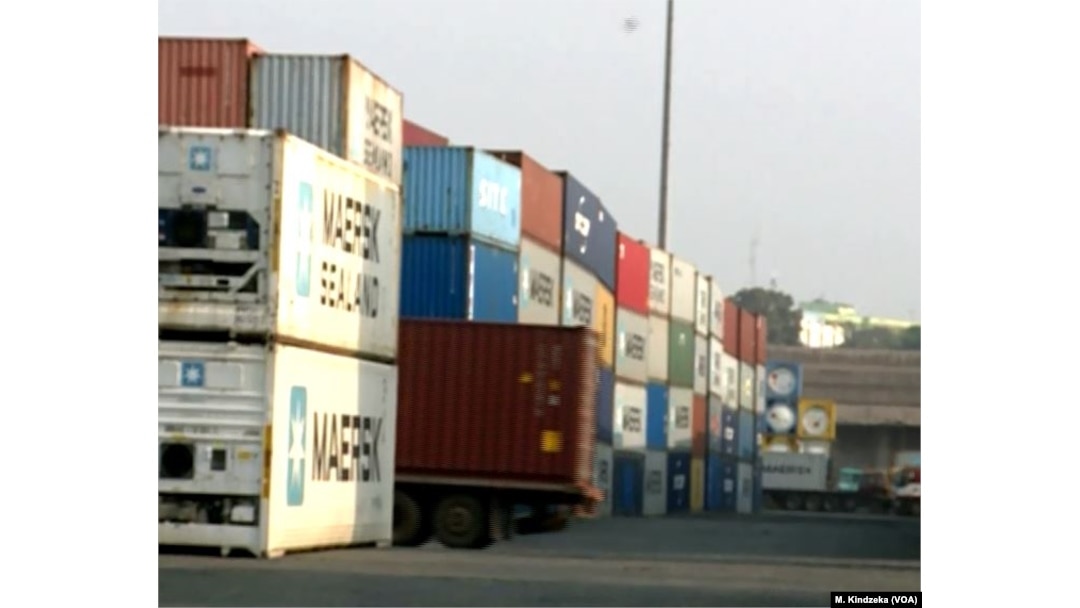 Moise Vokeng of the Professional Transporters Network at the Douala seaport says importers and exporters are looking for alternatives.

“Whether you enter with empty trucks or you are loaded, you have to pay. When we load we have to wait for the tracking equipment from the customs to be certain and when it is certain we have six hours to leave the seaport to Yassa, which is the first checkpoint. When you arrive at the checkpoint after six hours you have penalties to pay,” he added.

Vokeng says clearing procedures are long and cumbersome because of degraded infrastructure and lack of investment. He says to take a car out, an importer needs no fewer than 25 stamps before paying $2,000 to customs officials for a 5- to 10-year-old car. He says to remove a car from the port at times takes two to three weeks.

Yaya Abdallah, a Chadian driver finally leaves the port. He says corruption is not only a problem inside the port, it stalks drivers on the road as well. He says Chadian and CAR drivers say Cameroon’s military and police harass them and drivers pay huge sums of money, which makes their businesses highly unprofitable.

He says they spend more than $300 to bribe gendarmes and police between Douala and Ndjamena, and no one seems to listen to them when they complain. 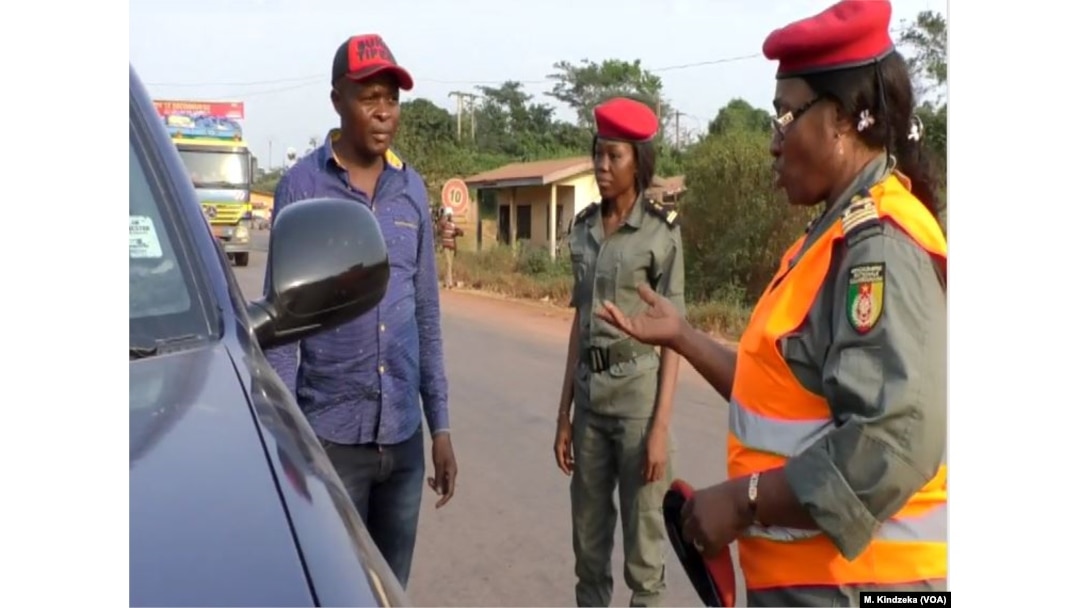 But Ngube Philomene, a senior official of the Cameroon military controlling traffic between Cameroon and Chad and Cameroon and CAR, says that because of insecurity, they have to control the trucks. She denies they collect bribes from drivers.

“We are systematically controlling all vehicles to CAR and Chad because of insecurity and the crisis in CAR. We have to do it for their own security and safety,” Ngube says.

Douala is the nearest ocean gateway for Chad and CAR, but importers and exporters say they are fed up and want to relocate to Cotonou in Benin.

Onana Ndoh, secretary general of the Community of Workers at Douala’s port authority argues, that Cotonou will be more expensive. He says it would be better for the landlocked countries to meet Cameroonian authorities and negotiate improvements.

“The shippers of Central Africa and Chad cannot leave the port of Douala, the shortest way for them to go to the sea,” he said. “I can tell you that the commandant of Gendarmerie in the port has already taken steps to punish all caught in creating complications to shippers.” 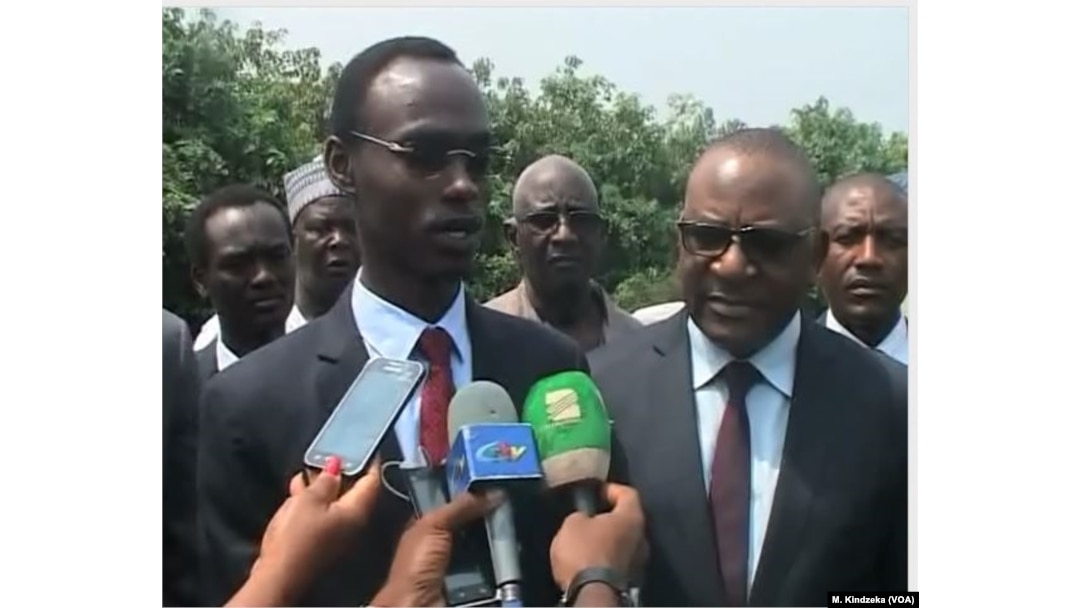 This week, Chad’s director of customs, Colonel Ousmane Adam Dicki, visited Cameroon. He says he first wants goods that have been piling up there to be cleared before negotiations on what his country will do next.

He says his country has sent him to take stock of all merchandise and containers destined for Chad, and to control and organize their transit within the shortest possible time.

More than 2,000 containers have been stuck in Douala for the past two months. In the past 30 years, there has been no major investment to expand the port. 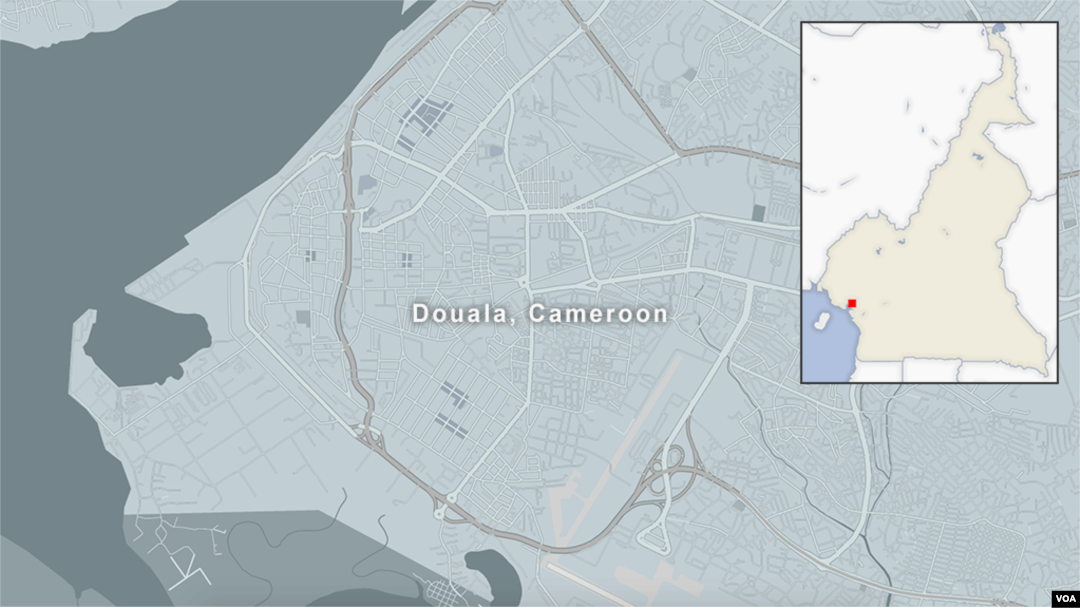 Emirates ramps up operations over summer…

The role of human resources in supportin…

Airlines On A Strong Recovery Path As De…

This is the main reason why insurance pr…

Determinants of job satisfaction of empl…

The Importance of Affordable Housing in …

Ghana loses $429 million in its transact…

Why banks find it difficult to give loan…

The greatest health risk to the working …

Economy capable of bouncing back on its …